If the pandemic-imposed superhero hiatus left a void in your soul, then welcome to the strange and distant world of summer 2022, where every other major release is a Marvel Cinematic Universe special. We’re still reeling from Thor: Love and Thunder. Ms. Marvel, too. There was the whole Comic-Con panel that announced two new Avengers movies, but whatever. Marvel boss Kevin Feige clearly heard your cries, and shouted back, “Are you not entertained?”

As if we were short of superhero stories in our lives, Marvel just dropped the final trailer for it’s next Disney+ offering, She-Hulk: Attorney at Law, which stars the great Tatiana Maslany. The preview, which you can stream below, catches up with Jennifer Walters, a rising lawyer who also happens to be Bruce Banner’s cousin. (We don’t have confirmation on this yet, but in the comics, Walters receives an emergency blood transfusion from Banner, which gives her Hulk powers. Assume that some version of that event happens here.) Regardless, the trailer graces us with Walters undergoing a Hulk training montage which includes, but is not limited to: throwing rocks, Hulk-jumping, and generally dealing with Banner being a pest.

Listen, Esquire has been burned before by Marvel trailers, but we have some hesitant excitement here. The idea of a superhero-themed court procedural comedy sounds pretty damn fun, especially with Maslany and Mark Ruffalo as the leads—not to mention Jameela Jamil as the villain. And it looks fun, with Walters poking fun at superhero life, and maybe even being the first hero to break through Marvel’s weird no-sex thing. Our worry? The CGI still needs a little bit of work. The fact that Marvel is busting out movies and shows at a couple-a-month clip is starting to show. Here’s hoping that we get a cinema-quality She-Hulk when the time comes. 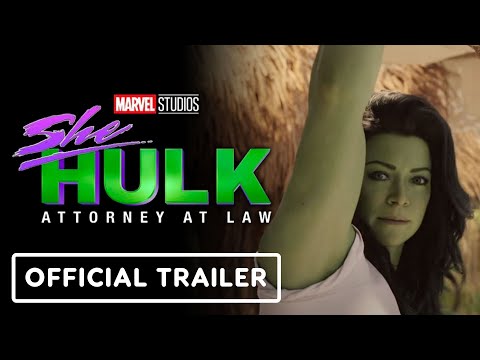 The She-Hulk herself, Tatiana Maslany, spoke to Empire about what we can expect from her new role. “She really is the antithesis of most superhero narratives,” she said of her character who is at first a tad unwilling to accept what happened to her, “There’s this great element of denial in her that’s relatable. For me, it was about rejecting what’s happened for as long as I could, as that’s what causes the fun tension between Jennifer and She-Hulk.”

Beyond that, we can expect a bizarre take on a legal drama for the new Marvel show. “When she’s heading this superhuman firm, that’s where we get some really fun characters that she’s either defending or in opposition of. It’s like this really absurd take on a legal show,” Maslany said.

Ready or not, She-Hulk‘s first episode will hit Disney+ on August 17, 2022. Here’s the full plot description from Marvel and the Mouse House: