Lecuona was preparing to take the start of the second full-length race at the Portuguese track on Sunday afternoon fourth on the grid, after finishing in the same position earlier in the day in the Superpole race.

But soon after the warm-up lap began, the Spaniard suffered a scare as the front mudguard of his Honda sheared, hitting his leg and leaving the ex-MotoGP racer in doubt as to whether he would be able to continue at all.

The missing piece of bodywork impacted his Honda’s braking, but after debating whether to throw in the towel, Lecuona finally took the start of the race and eventually finished in a solid sixth place.

“I braked, and I hear, ‘bam’, like a puncture,” recalled Lecuona. “It was the warm-up lap, so I couldn’t do anything.

“I arrived at Turn 1, I braked and heard something, felt something on the bike, and I feel one piece [hit me] on the right side, fast. I say no way, it’s not possible for me now I’m [starting] in P4.

“[I realised] I didn’t have the piece [mudguard]. I say ok, it’s not very important for the race. But then when I arrive at Turns 3, 4, 6, I have no brakes. At Turn 6 it was difficult to stop the bike, and I tried to adjust the brake with the left hand. Because of this I did a mistake and went on the grass a little bit.

“I was scared if something happened to the [brake] cable, or the calipers… but I didn’t feel anything strange. I just felt a lot of vibration when I brake, but the brake is still there. So at the last moment, I decided to go the grid [instead of pitting].” 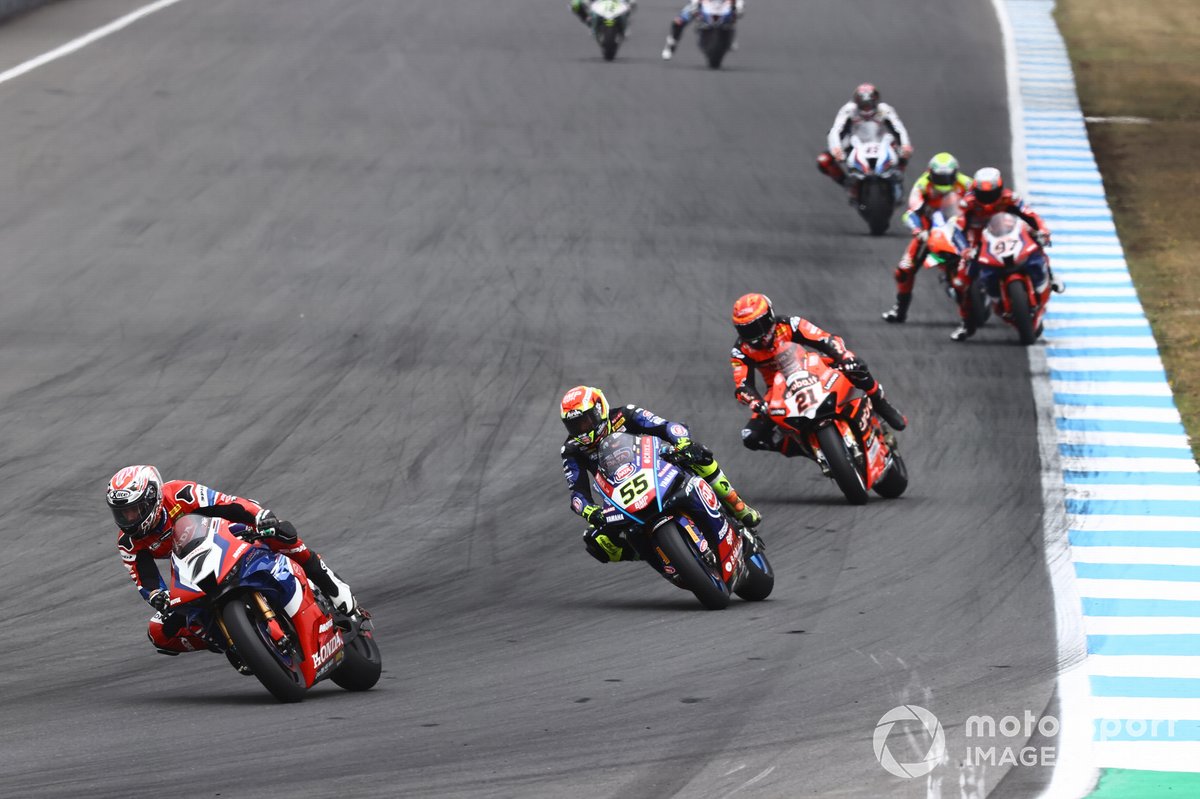 Lecuona held his grid position of fourth in the early stages of the race, but was passed by Alex Lowes at the Turn 9-10 complex on the second lap, before losing another place to Andrea Locatelli by running wide at Turn 1 on lap 5 of 21.

That’s where the Honda man would remain for the rest of the race, matching his finish from Saturday’s opening race.

“When I started the race, the reality was that it was difficult to stop the bike, a lot of vibrations, difficult to manage the brake and apply the angle,” said Lecuona. “On the straight the front of the bike moved a lot. Very difficult, honestly.

“But lap-by-lap I adjusted the brakes and my style to compensate for this problem, and in the end I was quite fast, one of the fastest on track.

“I pulled away from [Axel] Bassani, I recovered 1.5s or 2s to Locatelli and I recovered some time to the top group. I was happy I could re-adapt everything, but frustrated because it was a big chance to go in front.”

Lecuona leaves Estoril fifth in the riders’ standings, eight points back from Yamaha’s Locatelli in the fight for ‘best of the rest’ behind Alvaro Bautista, Jonathan Rea and Toprak Razgatlioglu. 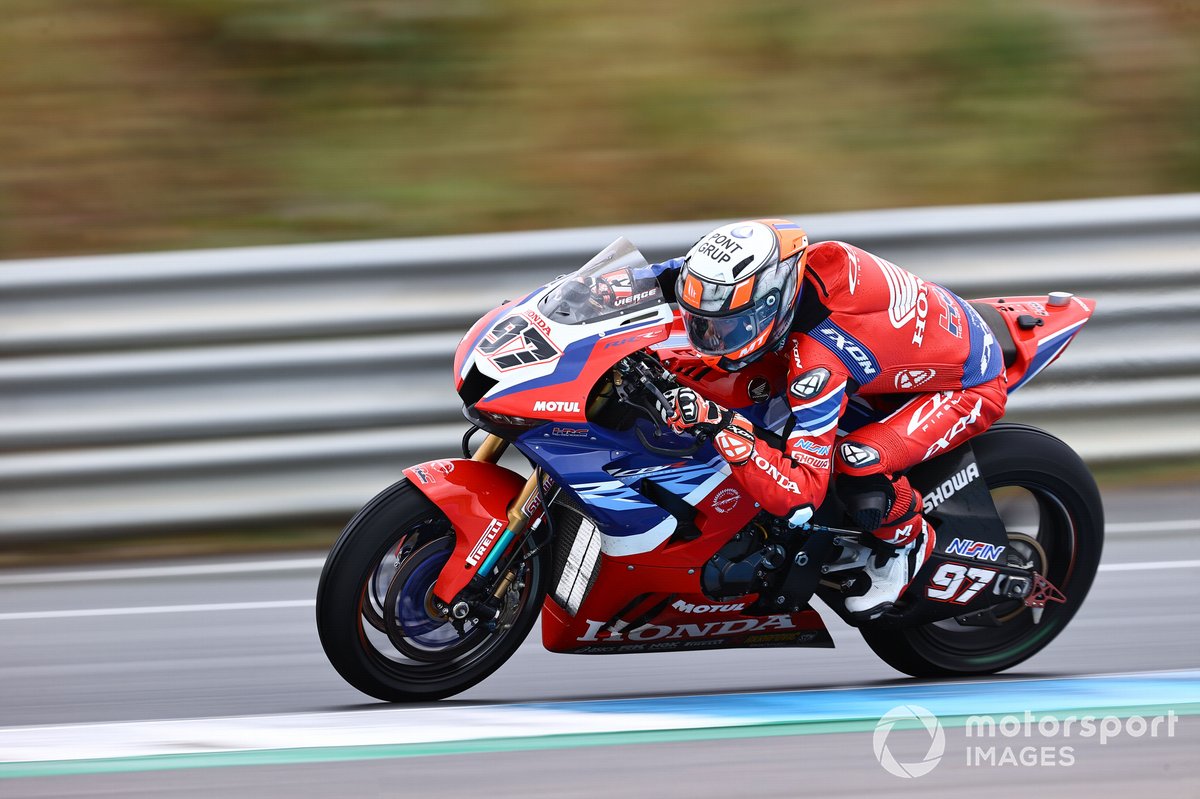