According to psychological reports obtained by the media, R. Kelly is blaming his sexual depravity and predatory lifestyle on his ex-wife, Andrea Kelly. Meanwhile, Andrea Kelly is taking her power back without even trying. 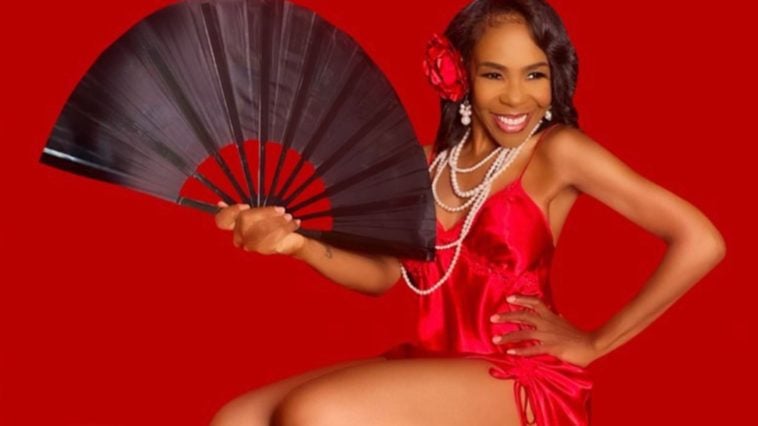 Andrea Kelly indirectly addressed reports that her ex-husband R. Kelly blamed her passion for becoming a dancer instead of a housewife as the reason for his sexual depravity.

In an exclusive interview with SOHH, Drea, wearing a t-shirt that reads “I’d rather be alone than with him…” speaks about Black women being hypersexualized and how her love for burlesque dancing helped her overcome.

“Burlesque is the art of seduction; I think we have lost that in society,” she explained.

Andrea then addressed the over-sexualization of Black women.

“Especially when it comes to black women, we are so hyper-sexualized… we are not celebrated and I feel just as women, in general, the very things that makes us women are so beautiful but it’s not celebrated until people find ways to monetize it.”

According to psych eval reports obtained by Radar,  Kelly explained that his relationship with Andrea came to a crossroads because of a disagreement about her commitment to just being at home with their children.  Kelly stated Drea had “agreed to be a housewife and raise the children” before the marriage.

The report continued stating the “Bump N Grind” artist told doctors that the marriage ended because Drea wanted to pursue her career in dancing, which he said they had discussed before the marriage.  The report noted that “Mr. Kelly stated that his sexual history related to conflict with his ex-wife…”

The R&B singer’s attorneys immediately argued that placing him on suicide watch was “solely for punitive purposes.”